ExWHUemployee took to Twitter this morning, and speculated about the reasoning behind the celebration of Andriy Yarmolenko after the Ukrainian scored West Ham United’s winner against Chelsea last night.

The Hammers earned what could turn out to be an absolutely vital three points against the Blues last night.

David Moyes will be delighted with the manner in which his side came back from 1-0 down to eventually win the game 3-2 at the London Stadium.

And in the end, the 57-year-old Scot had Andriy Yarmolenko to thank. 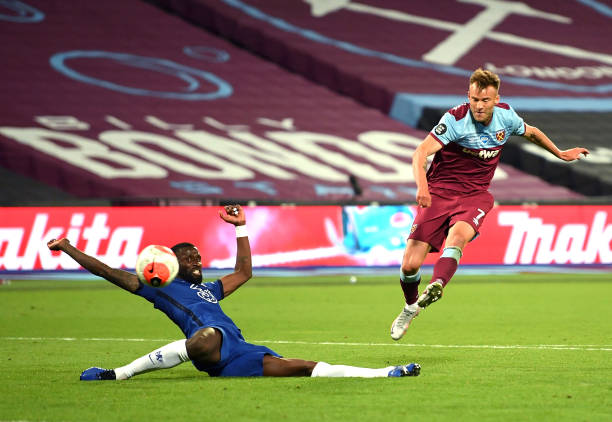 The 30-year-old came on in place of Jarrod Bowen late on, and scored a beautifully taken goal in the 90th minute to wrap up the points for West Ham.

Yarmolenko has only been given 21 minutes of Premier League football since Moyes returned as Hammers boss.

But the Ukraine international has only recently returned from injury.

He may have been making a point to Moyes after his omission from the starting XI for the last three games last night, however.

Yarmo gesticulated, cupping his hands to his ears as he wheeled away after finding the back of the net:

Rice to Antonio to Yarmolenko
Matic to Greenwood to Bruno
Bring Rice to Old Trafford ? pic.twitter.com/LBVRu0lNL5

And ExWHUemployee responded when asked to give his opinion on the celebration:

I think it was a kinda “see I told you I should have been playing” type thing! But I don’t really know… https://t.co/Zdql7f69Wr

Who knows what Yarmolenko really meant. But ExWHUemployee’s suggestion is probably not far from the truth.

And after his heroics last night, the Ukrainian will be expecting to start Sunday’s vital clash with Newcastle.

Have something to tell us about this article?

‘Council Of Dads’ Won’t Return For Season 2, So Get Ready To Say Goodbye